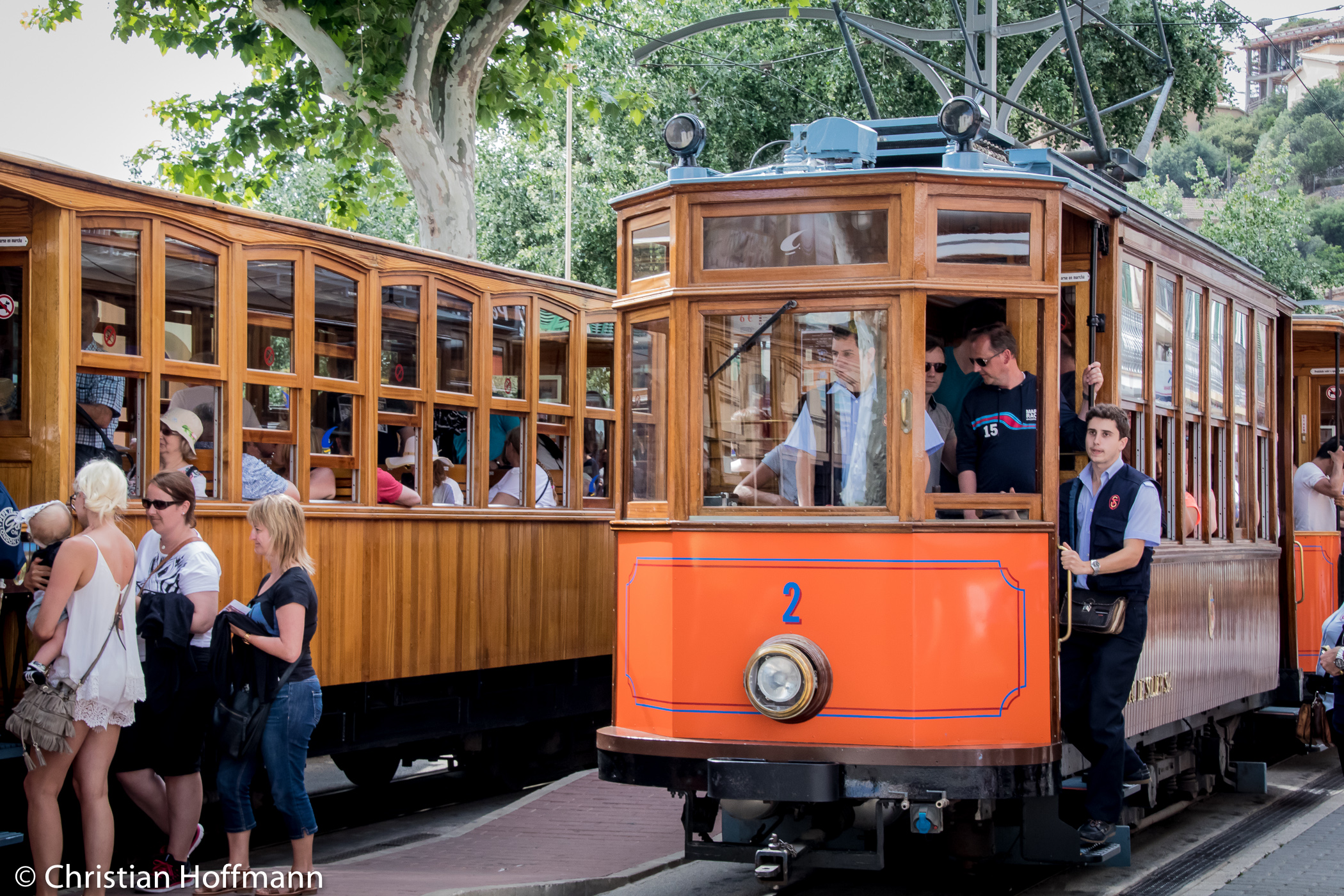 Yes, there is a tram in Mallorca, the Tramvia de Soller. This tram from Soller to the harbor wall in Port de Soller is actually an extension of the railway from Palma to Soller, the Tren de Sóller called by the German tourists also Red Lightning. The two lines are but only by a track interconnected by the engine shed in Soller. This extension should only have been built, because at that time were no subsidies for rail lines under 30 km in length. the lines were built between the years 1905 to 1912. The electrification was carried out by the company Siemens. The inauguration took place on 14.4.1912 and it was granted a license to operate the railway for 100 years.

The train station in Soller, on which the web of Palma arrives and the tram at the main direction of Port de Soller is a gem leaves. Idyllic he is behind Iglesia de Sant Bart omen. The station houses two art exhibitions with works by Picasso and Miro. Unfortunately, the exhibits were closed when we came back from Port de Soller. 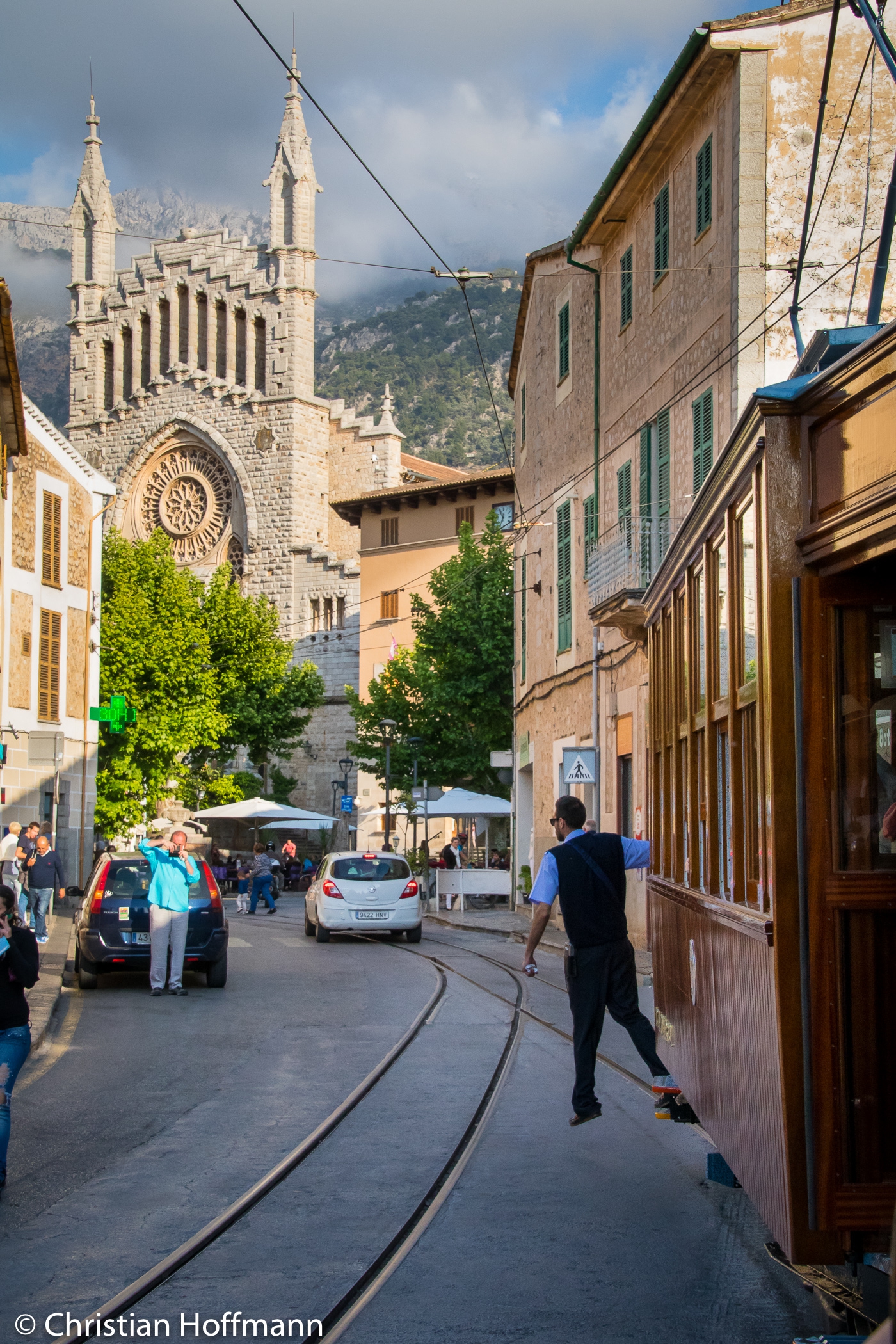 The tram ride through the town of Soller is very special. Narrowness is the way of the streets and squares. While you sit in the scales, one almost has the feeling of sitting in street selbt coffee on the square in front of the church. 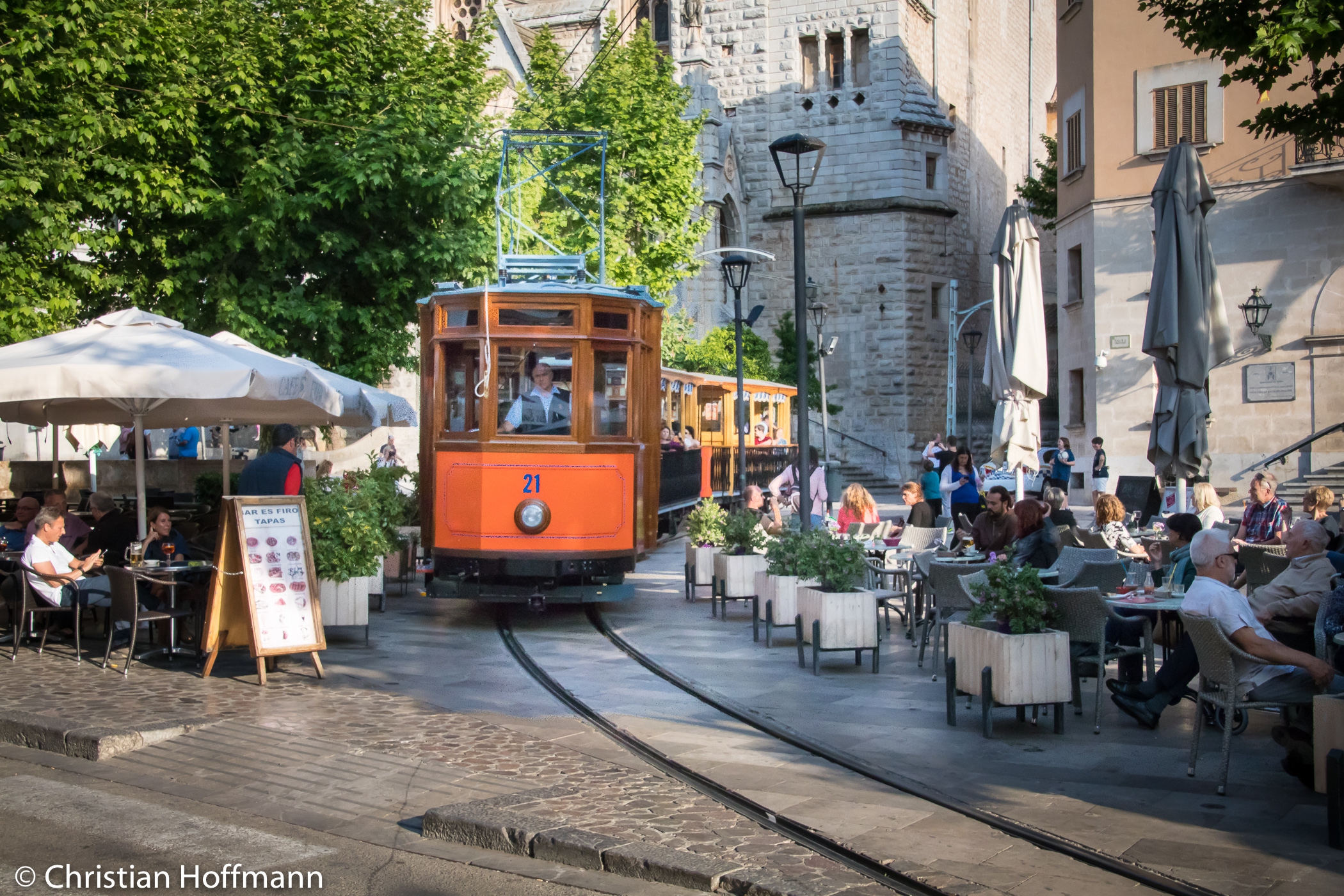 The approaching this without accidents surprised a little, but the tram runs only in the city pace. Also on the track through the orange and lemon groves, the speed does not have the a bicycle. There one can enjoy the ride in the open carriages as well.

The concession one hundred years in force has expired. Meanwhile, the concession has been extended to the operation of the railway by the year 2060th There were purchased in the meantime on cars from other railways. But the old scales still drive.

We have not traveled with the red flash to Soller. However, the accessibility by rental car over the mountains and back through the toll tunnel and through the twisty and confusing approach leading Soller was an extra experience. 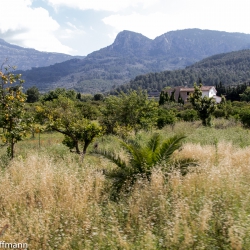 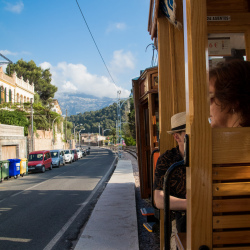 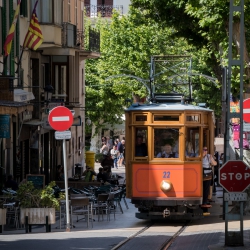 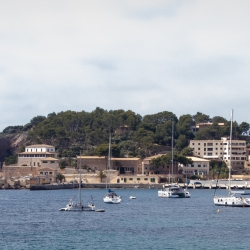 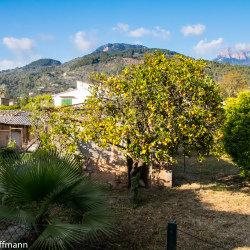 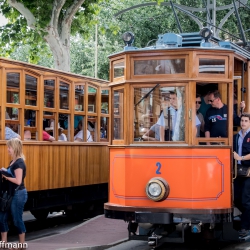 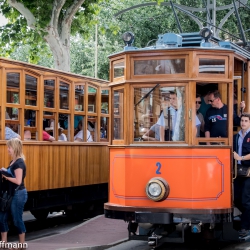 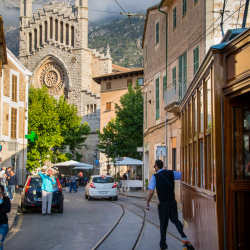 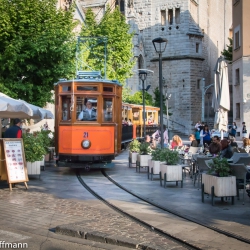 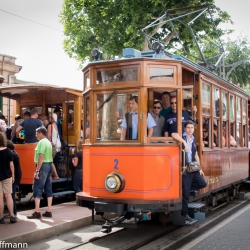 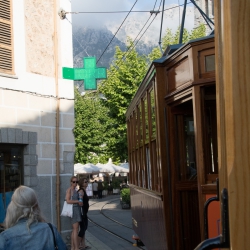 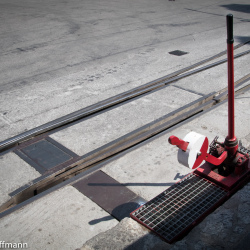